“Compromise is often necessary [in politics], but entire marginalized identities are not expendable chess pieces.”

Sarah McBride is a true trailblazer. Deeply rooted in human rights advocacy, McBride is now the highest-ranking openly transgender elected official in U.S. history. McBride is a champion in Delaware of anti-discrimination against gender identity in housing, insurance, employment, and public accommodations.

During the 2020 Democratic primary, McBride needed to diversify outreach strategies to merge traditional phone banking with innovative peer-to-peer texting to reach the totality of her universe of contacts.

Solution:
With a technology-minded team, Sarah McBride’s campaign leaned into text banking along with phone banking.  The McBride campaign sent 14,000 messages to 9,000 contacts and had a 13% response rate.

“We chose Hustle because the platform was user-friendly. It was an essential tool that helped us leverage sophisticated targeting across our organizing program, which helped us win 90% of the vote in our primary, and ultimately led to Sarah winning her seat in Delaware’s state senate.” Phoebe Lucas, McBride Campaign Manager

Organizations who use us love us. 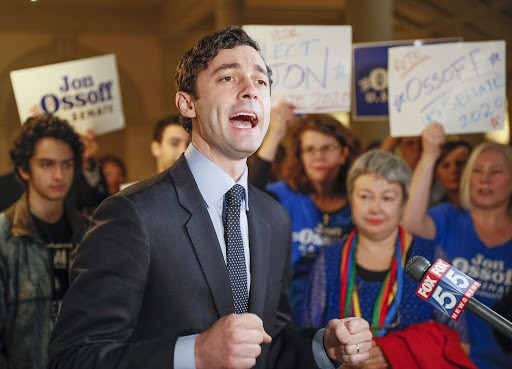 Mark Kelly for Arizona US Senate